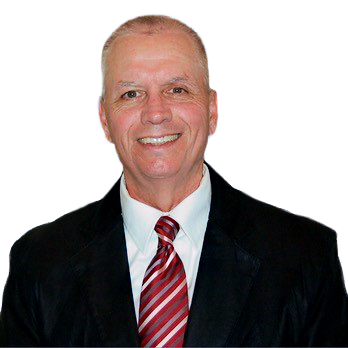 Justice of the Peace

Clay Rankin joined the U.S. Army after he graduated from high school and served as a military police officer during his distinguished career. He also served in the civilian sector as a law enforcement officer with the City of Northglenn, Colorado awarded him the Medal of Valor.

Throughout his career, he has continued his education, obtaining numerous degrees in Criminal Justice to include a Master of Criminal Justice degree from the University of Colorado. In 2008 he also attended the Entrepreneurial Boot Camp for Veterans with Disabilities at Florida State University and the Federal Law Enforcement Training Center for Import Specialist while working for Homeland Security.

Clay also owned and operated a Private Investigation and Security firm in Colorado specializing in the most severe criminal investigations in the Denver Metro Area. He worked as a court-appointed criminal defense investigator and is considered one of the foremost experts in crime scene reconstruction, determining Cause And Manner Of Death.

Clay served in both Desert Storm and the Iraqi war as a Combat Military Police officer.

Early in the Iraq war at Camp Udairi, Kuwait, a terrorist drove his vehicle into a crowd of 15 US soldiers, injuring 13, and was turning around for another run when Clay stepped in front of the truck and shot the terrorist. Clay was presented the Bronze Star for Valor for his actions. https://www.nytimes.com/2003/03/30/international/worldspecial/truck-hits-crowd-of-gis-in-kuwait-injuring-13.html

Clay medically retired from the Army in May 2004, after being severely injured during the Iraq war.

Having served so long with the U.S. military and civilian law enforcement, this new chapter became a difficult path. Serving in two wars took its toll, and it became a long road to recovery. Due to his injuries, Clay found that he qualified to become an AW2 Soldier.

The Army Wounded Warrior Program is the official U.S. Army program that assists and advocates for severely wounded, ill, or injured Soldiers, Veterans, and their Families and Caregivers, wherever they are located, regardless of military status.

The program was a wonderful benefit during his early recovery and after learning more about what the Army Wound Warrior Program did, he took a job as an Advocate. He wanted to help other severely wounded soldiers and their families as they worked through challenges, post-injury, even as he struggled in his own recovery.

In 2008 Archie won the ASPCA Dog of the Year Award

In 2009 Clay rode a recumbent bicycle from the Golden Gate Bridge in San Francisco, CA to Virginia Beach, VA with other wounded veterans in the Sea to Shining Sea event, sponsored by World Team Sports. It became a mile marker in his recovery.

In August 2010, Clay left his position as an Army Wounded Warrior Advocate and has since focused his energies on volunteering with numerous non-profit organizations, focusing on serving the Wounded Warrior population. He has strived to serve his military brothers and sisters, assisting them in knowing that even though they may be severely injured, their lives are not over. They can still live full and productive lives.

Clay recovered enough from his injuries in March 2014 to begin volunteering as a disaster relief worker. Clay worked with Mr. Joe Delane, the Director of Rockwall County, Texas Emergency Management Services Department. He also joined the Israeli Emergency Volunteer Program, providing Emergency Disaster Assistance to Israel when needed, and Texas Baptist Men as he continues to serve his country and his community.

Clay and his wife Stephanie have been married for 37 years and have been residents in the Royse City, TX area for more than ten years. They attend Lake Pointe Church in Rockwall, TX, and live on a small family farm, raising Jacob sheep.